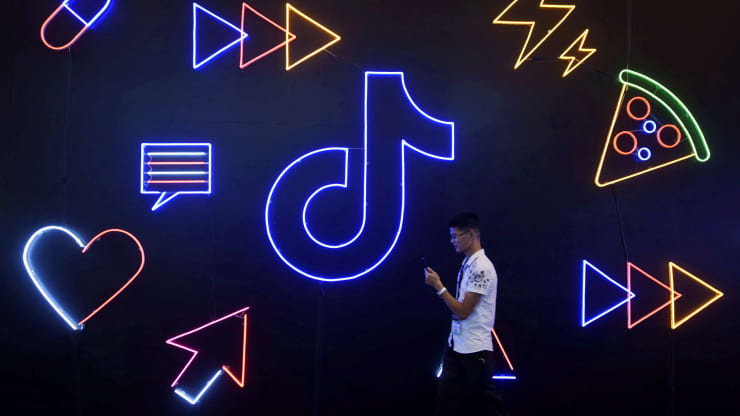 A number of U.K.-based tech workers are choosing not to accept or pursue jobs at TikTok over fears that the company has an intense work culture with long and demanding hours.

Six people in the industry told CNBC they either pulled out of interviews, turned down job offers, or left the company after learning that TikTok has a “996” culture, either from online reviews or through first-hand experience.

The 996 culture is practiced by some companies in China. The name is derived from the employees’ requirement of working from 9 a.m. to 9 p.m. for six days in a week, which works out at 72 hours per week. Meanwhile, the norm in the U.S. and the U.K. is around 40 hours per week, although many workers go over this. It’s illegal to work more than 48 hours per week in the U.K. on average.

TikTok, which is owned by China’s ByteDance, declined to comment when asked about its culture and the hours that staff work.

One tech worker, who was approached about a communications role in the U.K., told CNBC that a 996 culture was “certainly a concern” for them.

“The most common ‘con’ I found from my Glassdoor research was around work-life balance and crazy hours and that seems to be the same even now,” said the source, who asked to remain anonymous due to the sensitive nature of the discussion. ”(It) didn’t seem worth it.”

The source added: “I stopped conversations pretty quickly when I established they had very little flexibility around working locations and policies.”

The same person said they were contacted a few weeks later “for a very similar role” at ByteDance. “I established from background reading and Glassdoor reviews that they are one and the same,” the person said, adding that it was “all a bit odd” and “a lucky miss.”

TikTok, which announced on Friday that ByteDance Chief Financial Officer Shou Zi Chew has been made TikTok’s new CEO, may also be missing out on some technical talent too. A senior artificial intelligence researcher, who asked to remain anonymous due to the nature of the discussion, turned down a job offer from TikTok even though the recruiter had told them the salary was likely to be over £100,000 ($139,000) a year plus options.

“I did go to Glassdoor. It doesn’t seem to be positive when it comes to work/life balance, which is something I really value. I was a bit concerned about that,” the source said, adding that the reviews put them off accepting the role but that they weren’t the only factor.

While Glassdoor is widely regarded as a useful platform for doing due diligence on what companies are like on the inside, it’s not perfect and reviews should be taken with a grain of salt. People are able to post multiple reviews, and users may be more inclined to review their company if they’ve had an overwhelmingly positive or an overwhelmingly negative experience. But four former staff told CNBC that they’d had a negative experience at the company, whose video-sharing app has been downloaded over 2 billion times.

One former employee, who asked to remain anonymous due to the sensitive nature of the discussion, told CNBC that TikTok was the most toxic workplace they have ever experienced.

“Everyone there is utterly miserable, and life is too short,” the source said. “During my first year before the pandemic hit, I can count possibly four or five weekends during the year where I did not work.”

The source added: “People are right to be put off and I know they are now struggling to hire, but ultimately they don’t care either way, people are just numbers to them.”

Another former employee, who asked to remain anonymous due to the sensitive nature of the discussion, told CNBC that the average working day at TikTok was 15 hours long. “For them it was normal,” the source said. “Everybody was complaining but really everybody was accepting it at the end, probably because salaries were good.”

The same person said they didn’t like the “very untransparent culture.” The former employee said they didn’t get any answers back when they asked questions about the company. “It was very, very difficult to find the right answers, and to really improve the processes we were working with,” the source said.

Two other former employees, who asked to remain anonymous due to the sensitive nature of the discussion, echoed these issues and one of them referred CNBC to their own review on Glassdoor, which is titled “AVOID, AVOID, AVOID.” In the one-star review, the individual lists 10 reasons why people should “resist the temptation to join (TikTok) and look elsewhere.” Criticisms range from “zero work life balance” to “toxic teams” and “awful management.”

TikTok has been scaling up its workforce around the world to help it deal with the stresses that come with being a wildly popular social media app. This includes content moderation, as well as technical and policy matters.

In a bid to improve workplace culture, TikTok hired Michal Osman from Facebook as its head of culture in Europe in January. But her arrival comes after dozens of departures.

An AI researcher, who wasn’t approached about a role directly and asked to remain anonymous due to the nature of the discussion, told CNBC: “I know TikTok have been discussing with lots of people. I don’t think it’s easy for them to recruit, because there’s still a shortage of people that can lead (AI) labs.”

While some people are clearly reluctant to join, the company has grown its headcount in Europe from around 1,600 in September to over 3,000 today, with many joining from Facebook and Google. It declined to share U.K. and worldwide employee numbers.

Winnie Akadjo joined TikTok as a creator operations manager this month. “There are some interesting reviews on Glassdoor but I wanted to take the leap; and be confident in my abilities to handle a scaling company,” she told CNBC.

Another current employee who also wanted to remain anonymous told CNBC that they haven’t experienced a 996 culture, adding that there are protected meeting blocks where work meetings are banned on Wednesday lunchtimes and no meetings on Friday afternoons.

Meanwhile, TikTok was ranked as the 30th best place to work in the U.K. by Great Place to Work. The survey and consulting firm charges companies a fee before they can appear on its lists, but claims the rankings are wholly determined by employee experience and their anonymized feedback.