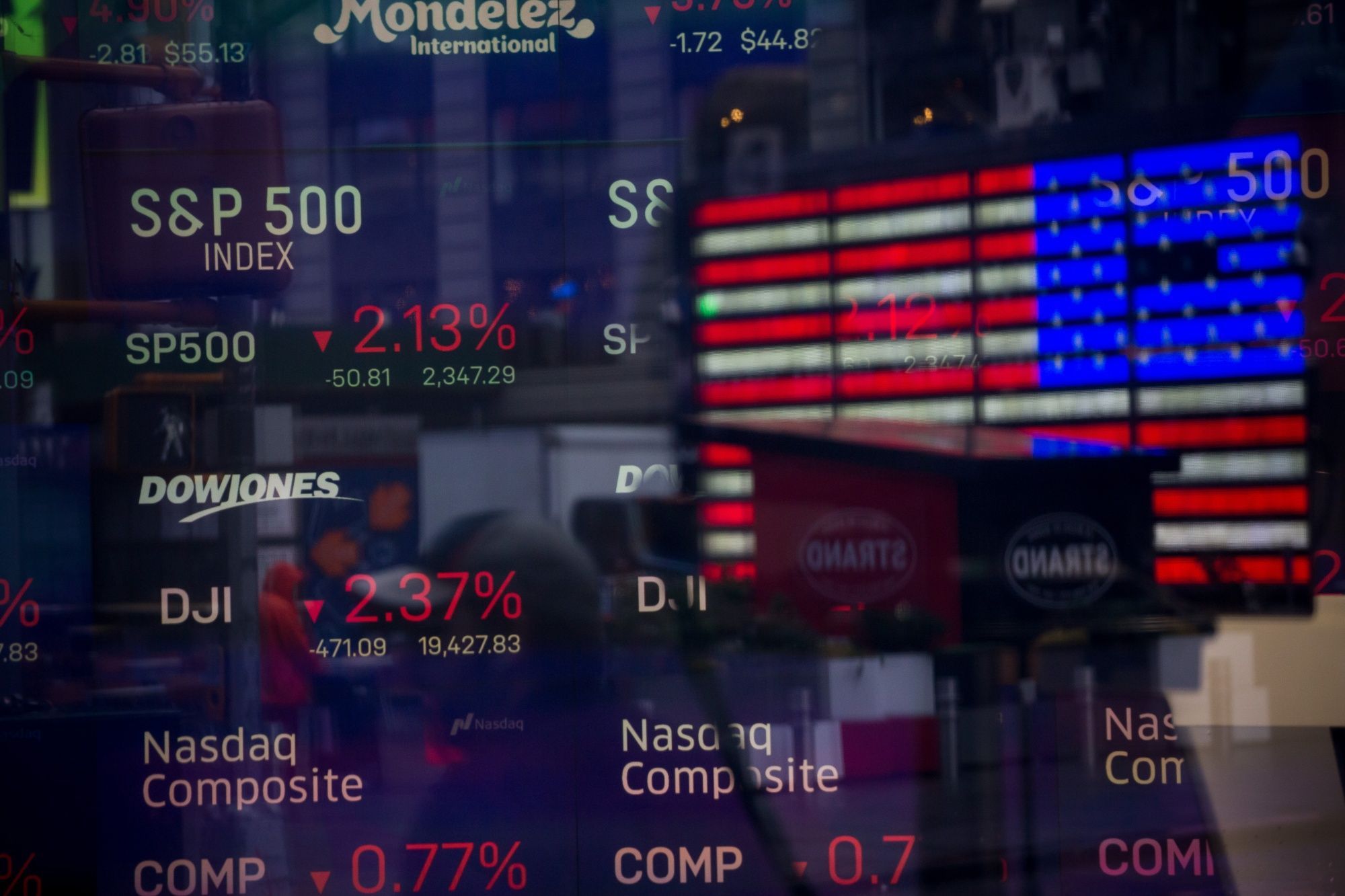 Monitors displaying stock market information are seen through the window of the Nasdaq MarketSite in the Times Square neighborhood of New York, U.S., on Thursday, March 19, 2020. Photographer: Michael Nagle/Bloomberg

Data giant S&P Global has agreed to buy IHS Markit in a deal worth $44 billion that will be 2020′s biggest merger, creating a heavyweight in the increasingly competitive market in financial information.

The mega-deal, which includes $4.8 billion of debt, is a sign that deal-making activity is accelerating as breakthroughs in developing Covid-19 vaccines improve the economic outlook.

Deals touched a record high in the September quarter, with more than $1 trillion worth of transactions, mostly focused on coronavirus-resilient sectors such as technology and healthcare, according to Refinitiv data.

Under the terms of the deal, each share of IHS Markit will be exchanged for a fixed ratio of 0.2838 shares of S&P Global stock, the two companies said in a statement.

S&P Global is renowned for providing debt ratings to countries and companies, as well as data on capital and commodity markets worldwide. It became a standalone business in 2011 when its then parent McGraw-Hill separated S&P from its education business.

IHS Markit was formed in 2016 when IHS, whose businesses range from data on automotive and technology industries to publishing Jane’s Defence Weekly, bought Markit for around $6 billion.

IHS has a market value of around $36.88 billion based on the stock’s last close on Friday, a Reuters calculation showed, with its share price up around 22% so far this year.

The transaction is likely to face close scrutiny from competition watchdogs as the market for financial information becomes increasingly concentrated.

The Wall Street Journal reported news of the deal earlier on Monday.

The London Stock Exchange is in the final stage of trying to win clearance for its planned $27 billion acquisition of data provider Refinitiv, which has been through a long review process by the European Union’s competition commissioner.

Join the people who have discovered how profitable it is to have an offshore company in Vanuatu.  Low fees, few regulations, everything done in private, access to a business-friendly environment.  Find out more at #topcompanyformation.com

Monitors displaying stock market information are seen through the window of the Nasdaq MarketSite in the Times Square neighborhood of New York, U.S., on Thursday, March 19, 2020. Photographer: Michael Nagle/Bloomberg