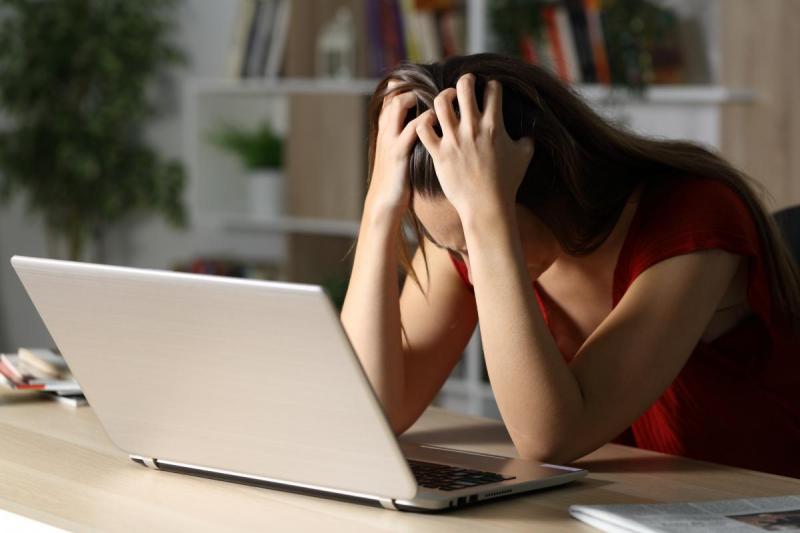 Most professors certainly think so. Sixty percent of the nearly 2,000 respondents to Inside Higher Ed‘s 2019 Survey of Faculty Attitudes on Technology last fall said they believed academic fraud occurs more frequently in online than in face-to-face courses (remember those?). And 93 percent of respondents to a recent survey by Wiley Education Services said they believed students were significantly more likely (62 percent) or more likely to cheat in an online course than in a face-to-face course.

Many colleges seem to think so, too, and they ramped up their use of proctoring systems and other technology tools this spring as COVID-19 forced them to deliver most of their instruction remotely.

The facts, though, are less clear. Historically, the proportion of surveyed students self-reporting that they have cheated on an exam at least once in the last year “has been at about 11 percent for a couple of decades,” Tricia Bertram Gallant, director of the academic integrity office at the University of California, San Diego, said in a webcast during Wiley Education Services’ Wicked Summer Camp for Online Teaching this month.

Source: Wiley Education Services, “Academic Integrity in the Age of Online Learning”
While that’s almost certainly underreported, because people who “doing things that are socially undesirable … are not usually up front about admitting those behaviors,” Bertram Gallant says, the fact that the numbers haven’t changed directionally even as online education has taken hold suggests that virtual learning hasn’t changed the academic dishonesty landscape significantly.

“Ever since the first monks were saying, ‘Oh, those new styluses are allowing them to illuminate those manuscripts much more easily, that’s clearly dishonest,’ there’s been somebody who thought the new technology makes [cheating] so much easier,” David Rettinger, a professor of psychological science and director of academic programs at the University of Mary Washington, said during the Wiley webcast. “The reality is that there has always been people using technology for good and for ill. I don’t think the internet is an epochal technological change — it’s just another in a series of the wheel turning.”

The International Center for Academic Integrity is conducting a survey about whether cheating and other forms of academic misconduct spiked during the pivot to remote instruction this spring, as many anecdotes suggest. But given what we know about why students cheat and about students’ experiences this spring, Bertram Gallant said, it would hardly be surprising if thrusting students suddenly into virtual learning didn’t “make it more likely that students will cheat … than they might have a year ago.”

“Students are more likely to engage in dishonesty when they’re under stress and pressure, when the norms are unclear, and when there are temptations and opportunities,” she said.

They had all of those things in spades this spring (though there were some countervailing pressures as well, such as many colleges adopting pass/fail or other more flexible grading policies). Most students (and their instructors) were in unfamiliar terrain, educationally and personally: learning in a new environment, dealing with the uncertainty and fear of a global pandemic, and much more.

Many of the hastily transformed courses they took through the spring hadn’t been built with the internet in mind, therefore they lacked the sorts of regular engagement and interaction that the best online (and in-person) courses offer. Surveys have consistently shown that students’ biggest complaint this spring was a lack of engagement.

And “when students don’t feel connected and a sense of belonging to the learning community, whether it’s online or face-to-face, they are more likely to detach from any sense of collective community responsibility or ethics and substitute for that a pure ethic of mercenary self-interest,” Douglas Harrison, vice president and dean of the University of Maryland Global Campus’s School of Cybersecurity  and Information Technology, said during the Wiley webcast.

One logical response to perceived or real cheating is stepped-up enforcement, and “if you don’t have an enforcement approach, you’re letting down honest students, saying, ‘We don’t care,’ and that’s not OK,” Rettinger of Mary Washington said in an interview. “Set the expectations, do what you need to do to identify cheating and have a fair and firm policy for responding to it.” He added, “The honest students, the students working their tails off for those C’s, have to feel like the institution has their back for this all to work.”

Many colleges and universities turn to various forms of technology to monitor students and try to ward off cheating, but “that often winds up resulting in an arms race or being a game of whack-a-mole,” said Rettinger, who acknowledges being philosophically opposed to systems.

“How can I stop cheating?” while an understandable question for instructors to ask, is the wrong one, Harrison said, because it leads them to a “pedagogy of suspicion that colors our whole frame of reference.”

“We end up focusing on the worst possible negative outcomes that the most malicious and malintended student would engage in, rather than starting with, ‘What’s the best teaching and learning experience I can construct and deliver for the vast majority of students who are there to learn authentically and who want to succeed?'” Harrison said.

Bertram Gallant asks instructors to “keep your educator hat on when you’re thinking about this and when you’re responding to cheating when it occurs,” rather than their “police hat,” she said. The better question than “how can I stop cheating?” is “how can I best facilitate and assess learning?”

Or, as Rettinger put it bluntly, the best way to minimize cheating? “Teach better.”

How? (Rettinger’s list of “small, scalable changes” instructors can make with academic integrity in mind can be found in the box at right.

Among the changes he and his colleagues on the Wiley call discussed:

Community building. Harrison described the importance of creating a sense of belonging, so that students feel part of a learning community rather than giving in to the “mercenary self-interest” he described above.

Some of that is achieved through transparency, not just about the rules and requirements related to academic honesty but about the purposes of the course and of assignments.

“You need to help your students understand why that assignment is there, why they’re doing what they’re doing, what their learning goals are — not just in a ‘learning outcomes’ way, but connecting to their own personal and professional growth,” Rettinger said.

Listening is also key. Students who cheat, like people who break other kinds of rules, often rationalize it by saying they don’t feel supported or understood, Rettinger said. “My institution doesn’t support my behavior; my professor doesn’t understand what I’m dealing with.”

In the shift to remote learning this spring, Rettinger gave his students a survey, shared by one of his colleagues, about how their learning might be affected when they were remote. Do you have reliable internet? Would you prefer a recording?

Some students, he said, said they “desperately needed the structure” of the synchronous class; a third “said that couldn’t possibly work.”

Rettinger’s ultimate solution may not have satisfied every student’s every need, he said, but “students felt heard and their positions respected even if they didn’t get everything they wanted.” Shrinking the gap between what students need and what they have available to them may make them less inclined to “find a solution outside the normal ethical boundaries,” he said.

Assignments and assessments. Harrison urged instructors to give students “scaffolded, supported opportunities at lower-stakes levels to practice the skills, ability and knowledge they’ll need to build into the competencies” they’re expected to develop during the course.

Rettinger said he had replaced exams in some courses with lots of low-stakes quizzes — with “stakes so low that it’s not worth cheating.” When his courses do include final exams, they are open book, and all of the questions on them are drawn from those students have shared in discussion boards over the course of the term, so that “gives them a sense of control over the assignment.”

Creating lots of quizzes can result in a lot of work for instructors, but many tools exist — from publishers and open educational resources providers alike — that provide large banks of questions to supplement those a professor might develop on his or her own. That’s one way that technology — which many instructors see as a foe, enabling sharing platforms that some students use to cheat — can actually help professors, too, Rettinger said.

Giving students “some kind of choice and control can reduce the temptation to circumvent the assignment, as can making assignments “relevant to their lives,” said Bertram Gallant.

Ultimately, she said, instructors have both a responsibility to ensure that grades (and ultimately degrees) have value, so some degree of controlling students’ behavior is probably required. But to the extent colleges see it as their responsibility to turn out “people who choose to be ethical citizens and professionals,” controlling behavior should take a back seat to enhancing the learning environment to encourage good behavior. If the focus is on behavior control, she said, “you’re not going to be producing morally self-regulating people.”

At a time when professors, like their students, are dealing with a great deal of uncertainty about many things, it might be tempting to press the “easy button” on academic integrity by embracing a proctoring system or lockdown browser, Rettinger said. The strategies discussed above can take time and energy that may seem in short supply.

But think of it like fitness, he said. Lots of us might be better off if we were training for a half marathon or swimming laps every morning at the local pool, and “going for a walk isn’t going for a run, but it’s better than sitting on the couch.”

A lot of instructors would benefit from rebuilding their pedagogy, not only to minimize academic dishonesty but to build student engagement and learning. “But what if I told you that doing five or six little things that cost you nothing and don’t require any pre-class preparation could reduce cheating by 30 percent?” he said.

“Sometimes it’s just about moving in a positive direction.”

Content has become critical in modern marketing. As a result, it should come as no surprise to learn that there are numerous content publishing platforms and similar services that exist for the purpose of helping interested parties with publishing content, whether that means facilitating content placement or some other concern. WANT TO RAISE YOUR BUSINESS’ PROFILE?