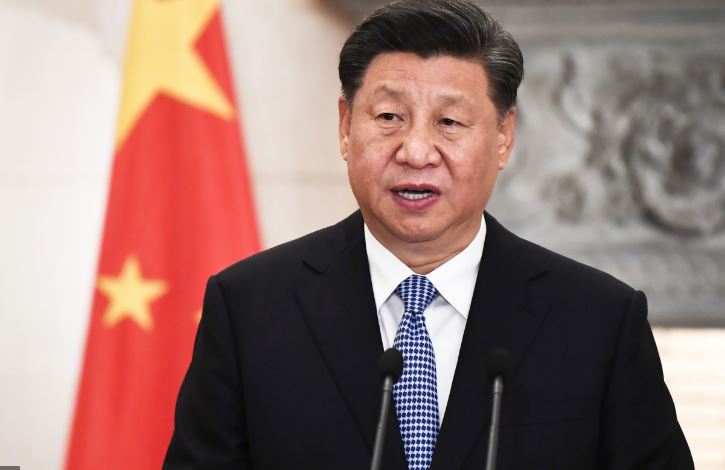 China has a 15-year plan to shape the future of tech. But some call it hype

A major plan that will form part of China’s global technology push has been dubbed as hype and will face a number of challenges, a technology industry body.

China Standards 2035 is an ambitious 15-year blueprint that Beijing is expected to release this year. It will lay out China’s plans to set the global standards for the next-generation of technologies.

Standards have been crucial for the development of technologies we use today such as 4G mobile networks or Wi-Fi. They are technical specifications that not only outline how technologies work but also interoperability. Standards are part of the reason why you can go abroad and still use mobile networks.

Typically, the development of standards have been dominated by U.S. and European companies and experts. But with China Standards 2035, Beijing is pushing domestic firms and experts to be part of the global effort to set standards for next-generation technologies.

“This is an ambition to set the rules for the future world, especially the technological rules as we enter into a new technological era. China Standards 2035 is the industrial plan that operationalizes this strategy,” Emily de La Bruyere, co-founder of consultancy Horizon Advisory, told CNBC’s “Beyond The Valley” podcast.

And what would be the significance of that?

“The short answer is we have a world operating according to Chinese rules and those rules hold in both the virtual and real domains,” Bruyere explained. “What that means is China has this inherent industrial competitive advantage. It also has an inherent information advantage, which both mean Beijing is able to collect better information on the world with security and with commercial implications, but also that it’s able to shape that information.”

But China’s attempts will face challenges and the big plan may not be all that it is being hyped up to be, according to Naomi Wilson, senior director of policy for Asia at the Information Technology Industry Council (ITI). The U.S.-based industry body counts major technology firms among its members.

Wilson said that China has released a number of strategic plans over the years and this is the latest one targeted at domestic companies and experts.

“The intended audience is the Chinese populus, in this case Chinese companies and Chinese technical experts. So it’s really meant to be a little bit more effusive and kind of have the tone of almost like a game day pep talk,” Wilson told CNBC’s “Beyond The Valley” podcast.

“China will likely play an increasingly important role as their companies develop. The standards process and standards development doesn’t operate in a vacuum and it’s not the be all end all of technological competitiveness either. It’s one stage in the process. It’s an important stage, but it’s not an opportunity to sort of carte blanche rewrite the rules for technology’s future.”

Standards are set by industry bodies. Usually, many companies and experts in a field come together to come up with what those look like. They offer suggestions and then over the years those are refined to formulate a final set of rules around a particular technology. Wilson argued that this process means that it would be tough for China to come in and dominate the process.

“These fora are rules-based, consensus-based, industry-driven fora, that really have these … long-established procedures in place to prevent that type of undue influence,” she said.

“And they (Chinese firms and experts) can propose any number of contributions that they like as other companies do, and the process really is intended to weed out the bad or the insufficient contributions in favor of the contributions that are the most appropriate for the current technology and for the consumer needs.”

At TOP platform you are going to find a wide variety of ebooks to choose from and this makes it a great spot to look at ebooks. Here you can find a wide collection that hosts ebooks that you might not be able to find anywhere else. When you take the time to sort through TOP platform and see what ebooks are here then you truly might be surprised to see what original titles they are hosting for sale.