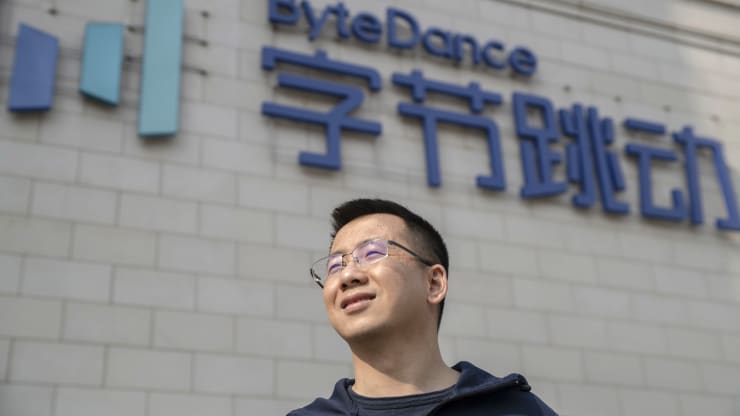 TikTok owner ByteDance made a net profit of $3 billion last year, according to a report from Bloomberg on Wednesday that cited people familiar with the matter.

The fast-growing company more than doubled its revenue from $7.4 billion in 2018 to $17 billion in 2019, according to the report, which states that it also has a cash pile of $6 billion.

Founded in 2012 by entrepreneur Zhang Yiming, ByteDance reportedly has a private valuation of between $105 billion and $110 billion, which would make it the most valuable start-up in the world. One analyst speculated to Bloomberg that it could be worth up to $180 billion in an initial public offering.

CNBC contacted ByteDance to verify the figures but the company did not immediately respond.

Headquartered in Beijing, ByteDance has been backed by the likes of SoftBank and Silicon Valley venture capital firm Sequoia.

However, TikTok is the star of the show right now. It has seen its popularity boom since launching in 2016 and the app has been downloaded over 2 billion times, according to app monitoring firm Sensor Tower. The app allows people to share short clips of up to 15 seconds and its users are fans of doing lip syncs, dances and tricks, often to music.

Earlier this month, TikTok announced that it had hired Disney’s head of streaming, Kevin Mayer, to be its new CEO.

As TikTok has soared to fame, it has had to grapple with a number of contentious issues.

Last November, the U.S. government launched a national security review of ByteDance’s acquisition of Musical.ly. The U.S. government is said to be concerned that the Chinese company may be censoring politically sensitive content and is worried about how user data is stored.

TOP platform provides real results when you want to get trending, this is why clients have come to love the Trend It services that are provided by what could be described as the best digital marketing company around today.