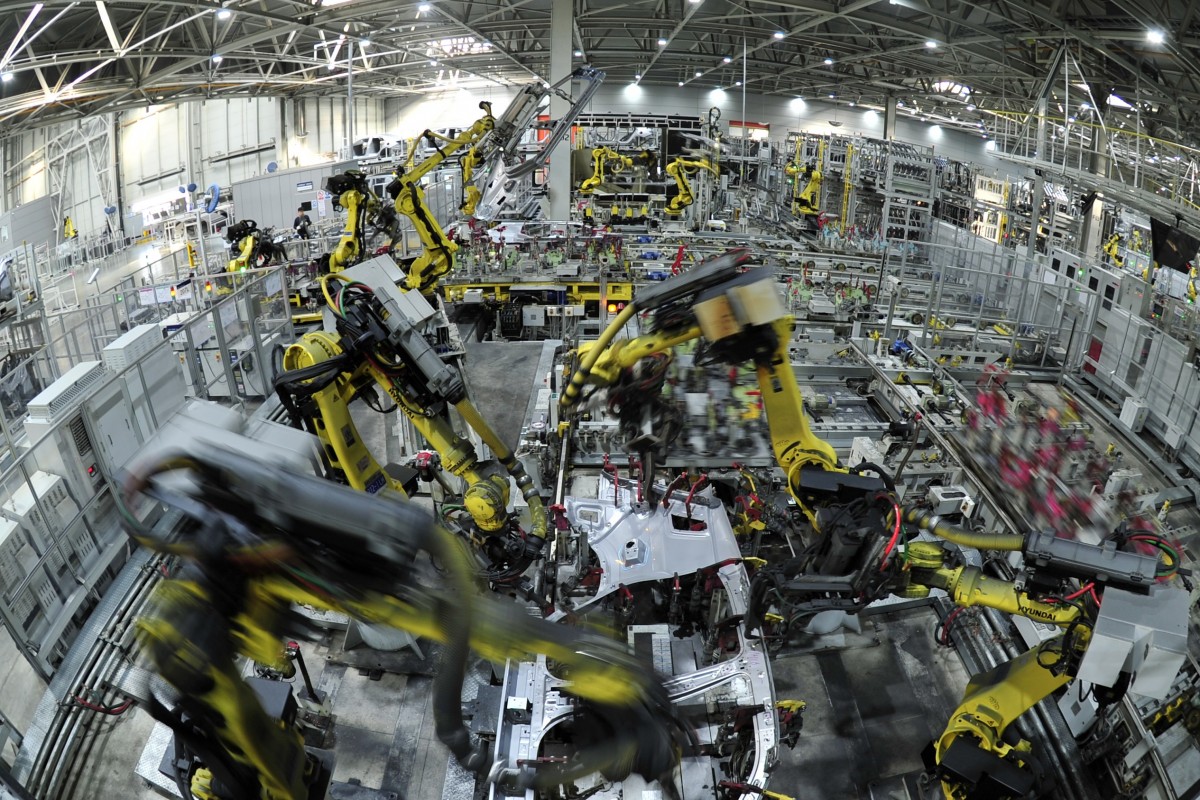 China is the world’s largest manufacturer and consumer market for cars. Photo: Xinhua

Beijing is aiming to boost exports of China-made foreign vehicles in coming years as domestic car sales slump and restrictions on overseas firms are loosened, according to a government report.

Manufacturers like Ford Motors, GM, BMW and Honda are expected to expand manufacturing in China as Beijing allows foreign firms to have wholly-owned local ventures that will increasingly serve the global market, said the report from the Ministry of Commerce and China Automotive Technology and Research Centre.

The analysis, which serves as a reference for industrial policymaking, sheds new light on the central government’s thinking about an industry that provides one in six jobs in China.

The traditional “market for technology” strategy, under which China attracted foreign car brands to make vehicles for the local market, is giving way to a new approach of permitting overseas firms to own factories in China and use the country as a production base for the rest of the world.

Despite predictions of a boost to China-made car exports in the future, shipments of finished vehicles in November last year accounted for just 3.2 per cent of the 2.6 million vehicles manufactured in the country, according to CAAM.

Car exports were expected to dip by about 5 per cent in 2019, as exports to the United States fell drastically amid the US-China trade war, which has seen car manufacturers like GM and Ford Motors hit with tariffs, the China Association of Automobile Manufacturers said in October.

“China’s small scale of automobile exports and the low percentage in overall exports are really not in line with China’s position as the world’s largest production base and consumer market,” said the report.

The report’s publication this week came as electric vehicle manufacturer Tesla delivered 15 Model 3 sedans assembled at its new Shanghai factory to company employees. The US car company said it would deliver a second batch of Model 3 sedans from its US$2 billion factory to customers on January 7.

While the trade war has forced many other international firms to shift production out of China, Tesla broke ground on its first overseas plant, Gigafactory 3, early in 2019. It will target the domestic market with its China-made cars, as exports to the US would be hit by tariffs.

The factory’s construction was a bright spot in a year marked by souring ties between Beijing and Washington, who have slapped billions of dollars of tariffs on each other’s goods over the past 18 months.

China is showering Tesla with favours because the government has identified the new energy sector as one of 10 key industries for self-sufficiency and global leadership under its “Made in China 2025” economic blueprint.

Tesla said on Friday it would cut the starting price for its China-made Model 3 vehicles to 299,050 yuan (US$42,910.85) after receiving Chinese subsidies for electric vehicles, according to its China website.

The government has also allowed the carmaker to operate a fully-owned plant without the usual requirement of taking a local partner and exempted imported Model 3 cars from consumption tax, making it cheaper for local buyers.

China has introduced a range of reforms to open up its auto industry and boost exports, scrapping limits on companies making fully electric and plug-in hybrid vehicles in 2018, commercial vehicle makers from January 1, and lifting restrictions on foreign ownership of local firms by 2022.

Foreign carmakers were previously required to set up a joint venture with a local firm in which there was a 50 per cent investment cap.

In addition to lifting the investment cap limit, preferential conditions under the Belt and Road Initiative and low tariffs included in free trade agreements will help to boost exports, the report said.

In the next few years, major domestic car companies will expand their overseas market too, the report said.

Chery is targeting sales in the US and European markets in the future and already manufactures cars in Algeria and Brazil.

New energy vehicle manufacturers are also expanding overseas. “In 2018, China’s market share of new energy buses in Europe exceeded 20 per cent and the market share in the United Kingdom exceeded 60 per cent,” the report said.

In the first half of 2019, China’s new energy vehicle exports increased by 99.3 per cent year-on-year and are expected to become a major driving force for car exports, according to the China Automobile Industry Association.

Search Engine Optimization “SEO” is the science of enhancing a website’s ranking in search engines, thus boosting traffic to that website – Visit The Online Publishers TOP online marketing to reach out to SEO experts.