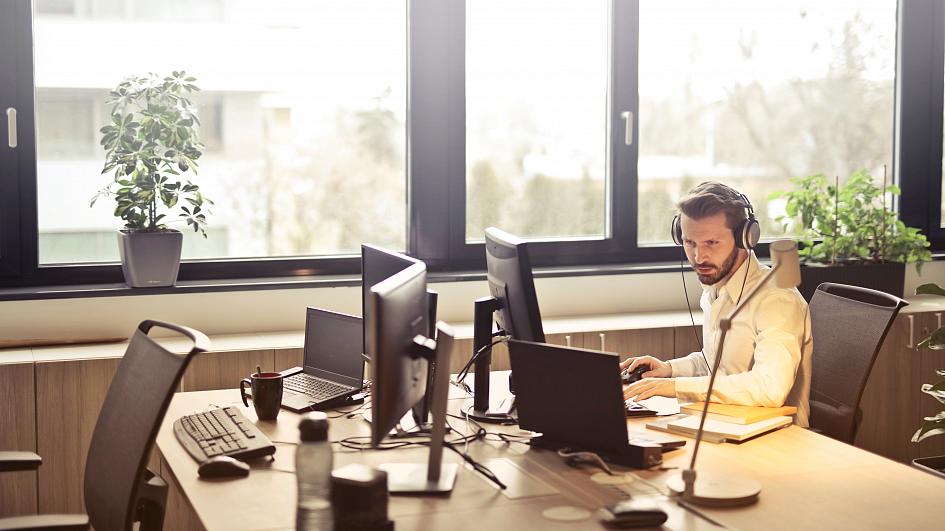 Media companies are worst for eco-friendly offices. Where does your industry stand?

Media, marketing and sales are the worst industries for eco-friendly workplace practices, according to a new survey.

More than 2,000 British workers were surveyed on their workplace habits, such as recycling, limiting paper usage, and switching off appliances when not in use. It also considered separating out recycling, and unplugging phone chargers.

The majority (70%) of those working in social housing said they found their employers made it easy for them to make environmentally-friendly choices while at work, with the industry topping the list of eco-friendly workspaces. That compared with just 36% of workers in the travel and tourism industry.

Meanwhile, HR came second for most eco-friendly office habits despite 62% of HR workers admitting to regular using single-use plastics – the highest figure the 15 industries surveyed. Local authority and education workers were least likely to use plastic cups and cutlery.

The survey found that 85% of workers consider themselves ‘highly conscious’ of their environmental footprint while at work, but 84% felt their employers didn’t take the issue as seriously as they did and 56% wanted their employers to do more. It was the responsibility of senior management to implement sustainability measures, according to the majority of respondents.

However, those surveyed admitted they were less likely to make an effort to be implement green procedures while at work. While 82% said they recycled at home, only 66% carried that behaviour into the office.

“From using excessive amounts of paper to putting wet wipes in our drains, it is clear that the eco-friendly practices that have been adopted in our personal lives have not quite been translated to the workplace and this can cause serious problems for our environment,” said Peter Molloy, managing director of the company behind the research, Metro Rod.

“In general, we spend over 40 hours per week in the workplace, which is a considerable portion of our time. This means that there is significant potential that our collective activity at work has been impacting the environment more than we ever previously realised. And this is becoming a major part of a much wider problem.”

The Online Publishers “TOP Platform” has helped many clients to find whatever it is that they need as far as finding Ebooks to read, and accessing other digital media solutions today.