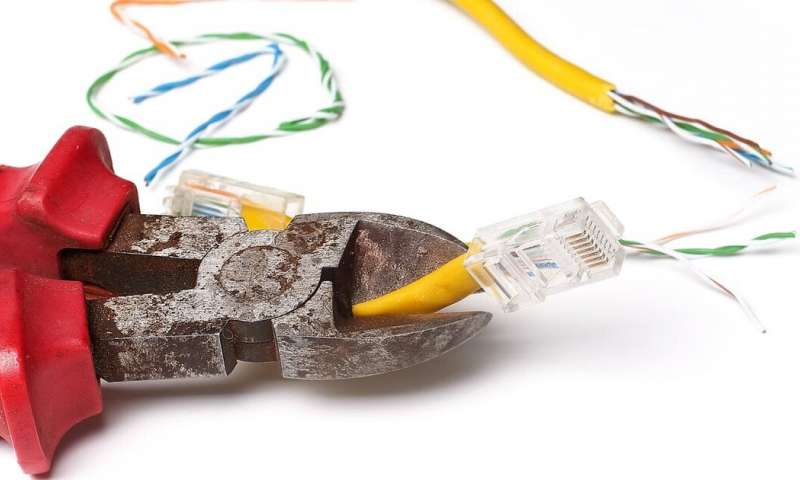 Shutting down social media does not reduce violence, but rather fuels it

In the wake of a series of coordinated attacks that claimed more than 250 lives on April 21, the government of Sri Lanka shut off its residents’ access to social media and online messaging systems, including Facebook, WhatsApp, YouTube, Snapchat and Viber. The official government concern was that “false news reports were spreading through social media.”

Some commentators applauded the move, suggesting the dangers of disinformation on social media justified shutting down communication networks in times of crisis. Five years of research on the impact of shutdowns and other information controls on societies worldwide have led me to the exact opposite conclusion.

A diverse community of academics, businesses and civil society groups shares my view. The blackouts deprived Sri Lankans of impartial news reports and disconnected families from each other as they sought to find out who had survived and who was among the dead and injured. Most strikingly, recent research suggests that the blackouts might have increased the potential for protest and violence in the wake of the attack.

A constellation of control

Sri Lanka’s latest social media shutdown was not an isolated incident. The first time Sri Lanka took a similar action was amid violent unrest in 2018. It was one of 188 network shutdowns or large-scale disruptions to digital communication that year all around the world, according to digital rights advocacy organization Access Now.

Overall, since the Arab Spring began in 2010, governments have carried out at least 400 shutdowns across more than 40 countries. Those include hundreds of ephemeral shutdowns in India, where they first emerged as a localized response to unrest in the northern region of Kashmir and subsequently spread to most other states.

The number also includes so-called “digital sieges,” which last for weeks or months at a time. For example, long-lasting, government-imposed blackouts have ravaged burgeoning digital economies such as that of Anglophone Cameroon and have disconnected businesses, relatives and communities in Chad for more than a year.

In study after study, civil society organizations have documented the human rights problems caused by internet shutdowns and the economic damage they produce.

Only recently have researchers begun to ask a more fundamental question: Do massive disruptions to digital communication achieve their intended purposes? Sri Lanka’s government is one of many to publicly claim that their goal in severing communication links is to prevent the spread of disinformation and decrease violence based on those falsehoods – but not a single one has followed a shutdown with any sort of evidence that it worked to protect public safety.Exploring the (dis)connection

Of course, the coexistence of social media and social turbulence does not necessarily imply that one causes the other. Many scholars have tried to figure out if there is a link between access to social media and violence, but it’s an extremely difficult task.

For one thing, social media websites and services are always changing how their systems work, making them hard to study over time. Connectivity also advances at a lightning-fast pace: In 2018, for instance, internet penetration in rural India increased at an annual rate of 30%, connecting hundreds of millions of people for the first time. Today, roughly three Indian citizens are introduced to the internet every second.

Shutdowns, however, are fixed in time and space, and their effects blanket large swathes of an area’s population. This lets scholars study their effects with more confidence. Paradoxically, then, one of the best methods of evaluating technology’s effects on society may be to examine what happens when communications are suddenly cut off.

Research on early blackouts has shown that Egypt’s disappearance from the global internet in 2011 backfired spectacularly, spreading protesters away from Tahrir Square and into numerous decentralized pockets of resistance. Coordination of the demonstrations swiftly moved from Facebook event pages to individual efforts in each neighborhood. This proved impossible for security forces to subdue. Ten days later, the Mubarak regime fell.

In the Syrian Civil War, the government used shutdowns as a weapon of war, following up with increased violence against civilians. In Africa, authoritarian governments that own the communication infrastructure and leaders who rule in virtual perpetuity are more inclined to pull the plug, but there is no evidence to suggest that shutdowns are effective in discouraging street protest or violent unrest.

Indeed, official explanations for shutdowns – if the government acknowledges them at all – are often at odds with their likely true motivations, which include silencing opposition figures and ensuring a state monopoly on information during contentious elections. In the midst of a crisis, this leaves the government as the only official gatekeeper of information. That becomes especially problematic when the government itself becomes a conduit for false and potentially harmful news, as was the case when Sri Lankan media circulated police reports that falsely identified a student at Brown University as a terrorist following the recent attack.

What happens without a connection?

Protests are not monolithic forces, and their participants can adapt to changing circumstances – including a sudden lack of information and even a blockage of communication and coordination. The global proliferation of shutdowns and rapid improvements in data about protests and conflicts enable researchers to analyze not only whether protests continue during internet blackouts, but also how they shift and change.

In India, state governments have faced thousands of peaceful demonstrations, as well as episodes of violent unrest. The country has become by far the world’s most prolific executor of deliberate internet blackouts over the last several years.

To find out the role of internet access in these events, I used precise, daily-level data on thousands of protests that occurred in the 36 states and Union Territories of India in 2016, as well as data tracking the location, timing and duration of shutdowns from a variety of cross-referenced news sources and civil society groups.

The results were striking: Under a blackout, each successive day of protest had more violence than would typically happen as a protest unfolded with continued internet access. Meanwhile, the effects of shutdowns on peaceful demonstrations, which are usually more likely to rely on careful coordination through digital channels, were ambiguous and inconsistent. In no scenario were blackouts consistently linked to reduced levels of protest over the course of several days. Instead of curtailing protest, they seemed to encourage a tactical shift to strategies that are less orderly, more chaotic and more violent.

Darkness is a phone call away

Recent events only seem to confirm these dynamics. The regimes of Abdelaziz Bouteflika in Algeria and Omar al-Bashir in Sudan both resorted to shutdowns before imploding. The drastic measures did nothing to rein in the protests in either country. Instead, shutting off internet access may have accelerated their downfalls.

Even if shutdowns are ineffective, they can be tempting for governments that need to be seen taking action. Vague and often antiquated laws let them implement drastic measures like shutdowns easily and quickly, with a written order or even a simple phone call. But every time a government uses the tactic, it makes others more likely to follow suit – in the same country and around the world. The evidence shows that this takes a heavy toll on their citizens, both economically and in terms of human rights, without offering them any additional protection or safety.