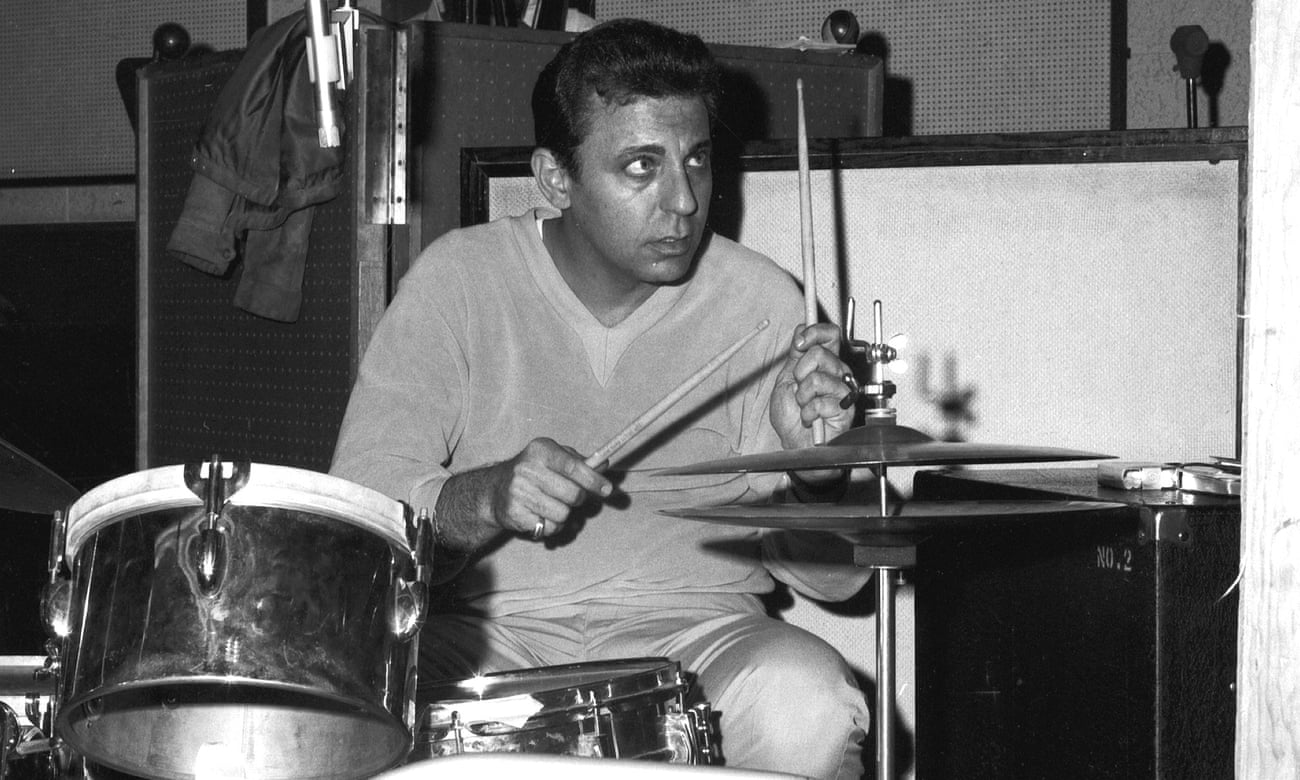 Be My Baby to Bridge Over Troubled Water: Hal Blaine’s greatest performances

There’s an argument – first posited by Brian Wilson of the Beach Boys, and subsequently taken up by a number of critics – that Be My Baby is the greatest pop single ever released. Whether you buy that or not, few singles can boast such an iconic drum part. The stark, dramatic intro is up there with Clyde Stubblefield’s solo on James Brown’s Funky Drummer and the tumbling pattern of rolls Ringo Starr plays on the Beatles’ Rain as one of the most imitated pieces of drumming in pop history. Within weeks of Be My Baby’s release it had been lifted by the Four Seasons’ Rag Doll, and it has ended up a signifier of emotional intensity deployed on records by everyone from Meat Loaf to Manic Street Preachers, Amy Winehouse to the Jesus and Mary Chain.

We quite rightly tend to think of the Wrecking Crew as refined, blue-chip musicians, capable of dealing with the demands of the 60s’ most adventurous pop auteurs: Phil Spector, Brian Wilson, Jimmy Webb. But on Kicks, Blaine pounds away like a disaffected, acne-ridden teenager in a midwestern garage band. Or almost. For all its primitive drive, his playing on Kicks is filled with subtle touches, like the delicate hi-hat fills at 53 seconds: a class act, even when he was pretending to be a punk.

Another candidate for the title of The Greatest Pop Single Ever, Good Vibrations is most regularly lauded for the sheer visionary audacity of Brian Wilson’s production, wildly splicing between difference segments of music the producer called “feels”. But Hal Blaine’s drumming simultaneously propels the song through its various stages, provides one of its umpteen hooks – the accelerating roll that heralds the arrival of its chorus – and adds to the sense of music heading into uncharted, otherworldly territory. In the first section, his snare hits augment, rather than anchor, the other instruments; in the chorus he plays an odd shuffle beat that subtly intensifies the otherworldly feel.

Blaine was a session musician rather than a solo artist, although he gamely gave the latter role a go, releasing a handful of surf and car-themed instrumentals. “The newest beat – hot roddin’!” offered the sleeve of his 1963 album with the Young Cougars. “Big extra – ACTUAL GREAT CAR NOISES!”. But his most intriguing solo release was 1967’s Psychedelic Percussion. Tracks called things like Trippin’ Out and Flower Society were constructed from a remarkably out-there patchwork of extempore keyboards, electronics from Moog synth pioneer Bernie Krause and Blaine cutting loose in a free improvised style that occasionally revealed his jazz roots – he had played with Count Basie – and certainly wouldn’t have been allowed at a Phil Spector session.

Blaine isn’t even on most of Bridge Over Troubled Water: the drums arrive almost three minutes in, with a shimmer of cymbals. But Blaine’s appearance transforms the song from a moving lament into an anthemic statement. It’s hard not to think that his drums were recorded in a way that deliberately paid homage to his work with Phil Spector – the snare is absolutely swathed in reverb, as it was on the intro to Be My Baby – but, despite its explosive, grand finale quality, there’s a real deftness and intricacy to what he does: listen to the bass drum pattern at 3:20, and you hear something that sounds appealingly like a fluttering heartbeat.