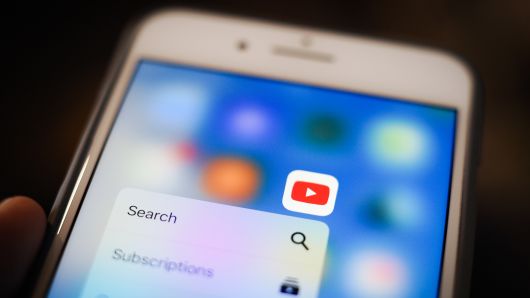 This generation, the oldest of which is around 22, grew up with the internet, hand-held devices and social media. They do not remember a time when these things did not exist. Because of that, their consumption habits are drastically different than even their closest generational cohort, the millennial. The members of Gen Z have all but abandoned traditional television viewing, opting to watch shows, movies and other digital content on their phones, tablets and laptops. This shift has led content producers to go where Gen Z lives — YouTube.

“They are truly endemic internet users,” Jack Davis, co-founder and CEO of Crypt TV, said. “They grew up on the internet and when they turn 24 they aren’t aging out of it. They aren’t suddenly becoming traditional media users.”

Davis along with horror master Eli Roth (“Hostel”) founded Crypt TV in 2015 and have developed a slate of monster-centric IP that they distribute on YouTube and Facebook in the form of a short digital film and television series.

The channel launched on Facebook first and has gained more than 12 million fans on that platform alone, when you combine all of its different show pages. On YouTube, it has more than 2.2 million subscribers, who have tallied up more than 258 million views of Crypt TV’s content.

“That’s where the young people are,” Davis said of the decision to bring this content to the social media platform.

The average member of Gen Z spends about 3.4 hours a day online watching videos, Wibbitz, a video creation platform, wrote in a report published in January. For this generation, YouTube is the favorite destination to watch entertainment videos, with Instagram and Facebook falling close behind.

Crypt TV’s core demographic is people aged 13 to 25, Davis said. That means it falls squarely in the Gen Z category, with a small overlap into the millennial demo. He said his company’s aim is to be the “Marvel for monsters.”

The company has a slate of horrific monsters including The Birch, a sentient tree who protects children from bullies, and The Look-See, a sharp-toothed and silent demonic entity that gives his victims fatal tests.

Crypt TV’s monsters earned the praise of horror master Jason Blum, CEO and Founder of Blumhouse, who together with NBCUniversal, invested $6.2 million in the digital network last year.

“The benefit of YouTube is that young people will spend lots and lots of time watching your content,” Davis said. “There is a lot of an engagement.”

He said YouTube is an ideal place for Gen Z to binge content, as it not only suggests other videos for them to watch, but offers them a place to comment on what they’ve watched and interact with the creators without leaving the platform.

“The big difference with YouTube is the relationship that the audience has with the creators,” Sokolik said. “It has become a platform where you can have a very direct relationship with your fans.”

The more fans engage, the more ad revenue creators reap. It’s also how these YouTube channels are able to create content and not charge consumers to view it.

Not to mention, these content creators tend to have a lot more freedom and control over the type of content that they create. Most are not subject to a large production company dictating what they can and cannot do on the platform.

“We own everything we make,” Rob Fishman, co-founder of Brat, a YouTube channel with a number of scripted video series featuring Gen Z actors, said. “And we function like a venture-backed tech company.”

Brat’s content is mainly short-form web series, but it has ventured into feature length films on the platform. It’s big draw is the actors it has hired for its programs. The channel features popular teenage internet celebrities, some from Disney or Nickelodeon shows, others who have made names for themselves on YouTube doing their own videos.

These actors have strong social media followings and have brought those established audiences to the Brat channel, which currently has 2.8 million subscribers and more than 600 million video views. Brat’s core audience is people aged 13 to 19 and is predominantly female.

“Our takeaway has been that young people don’t watch television on linear TV,” he said. “So, we basically said, ‘what if we started a TV network but in the places where these people watch TV?'”

When asked how the channel defines success, Fishman pointed to Brat’s feature length film “Chicken Girls: The Movie,” based on one of its popular shows “Chicken Girls,” which currently has more than 18 million views on YouTube.