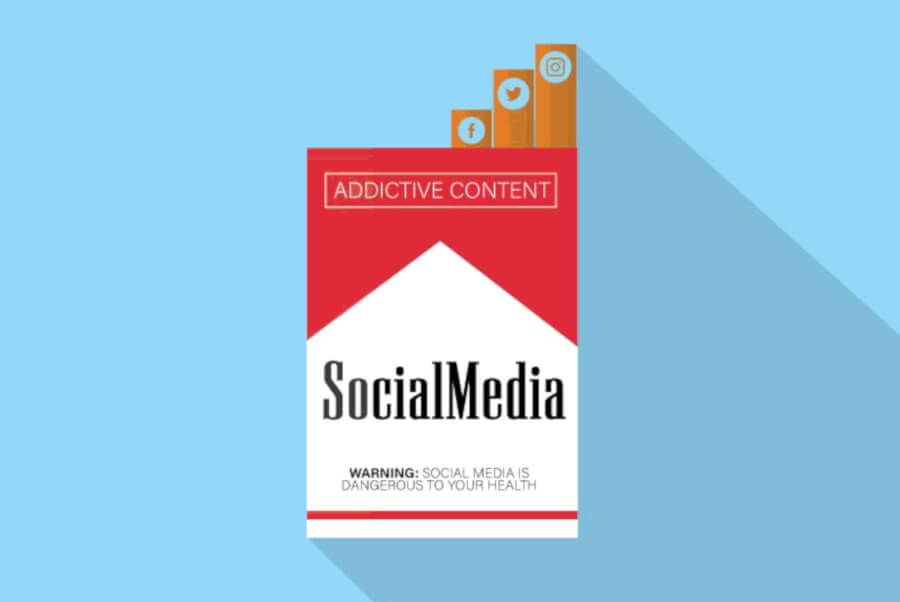 Social Media Addiction: Should We Be Worried?

The experts are not in agreement and it’s a controversial question. But some argue that mental health issues around social media – in particular addiction – exist, and are becoming increasingly prevalent.

It’s a theory the press has taken up with gusto. Most national newspapers reported on a survey earlier this year which found Instagram is the worst social media site in terms of the impact on young people’s mental health.

A study by Nottingham Trent University as far back as 2011 found ‘it appears that from a clinical perspective, social networking sites addiction is a mental health problem that may require professional treatment’.

It added that ‘addiction criteria, such as neglect of personal life, mental preoccupation, escapism, mood modifying experiences, tolerance and concealing the addictive behaviour, appear to be present in some people who use networks excessively’.

It has even been suggested that social media addiction should be added to the Diagnostic and Statistical Manual of Mental Disorders (DSM), a manual used by health professionals for diagnosis.

A study published in May this year by a university in Rome said ‘changes after cessation of internet use are similar to those seen in individuals who have ceased using sedative or opiate drugs’.

Despite some of the findings mentioned so far, social media addiction is not an officially recognised phenomenon and it is not listed in the DSM. That means that for all the fears for mental health that have swirled around social media networks since they first became popular, coining the phrase social media ‘addiction’ may be an overreaction.

Who can judge the point at which checking social media goes from habit to addiction? What if you have to use social media as part of your job, or there is no other way to keep in touch with an old friend?

It’s true that social media can have powerful effects on our psychology: it provides social validation, feeds our egos, and can fire up our brain chemistry in a way similar to addictive substances.

Rather than panicking about addiction, the answer might lie in encouraging people to keep a check on their social media use. There is no officially prescribed specific amount of time on social media that is healthy or unhealthy. But if it is starting to have a detrimental effect on other parts of your life – neglecting relationships or personal care – there’s clearly an issue.

Perhaps in the end for most of us, we just need to ensure we aren’t relying too heavily on social media alone for validation and happiness.