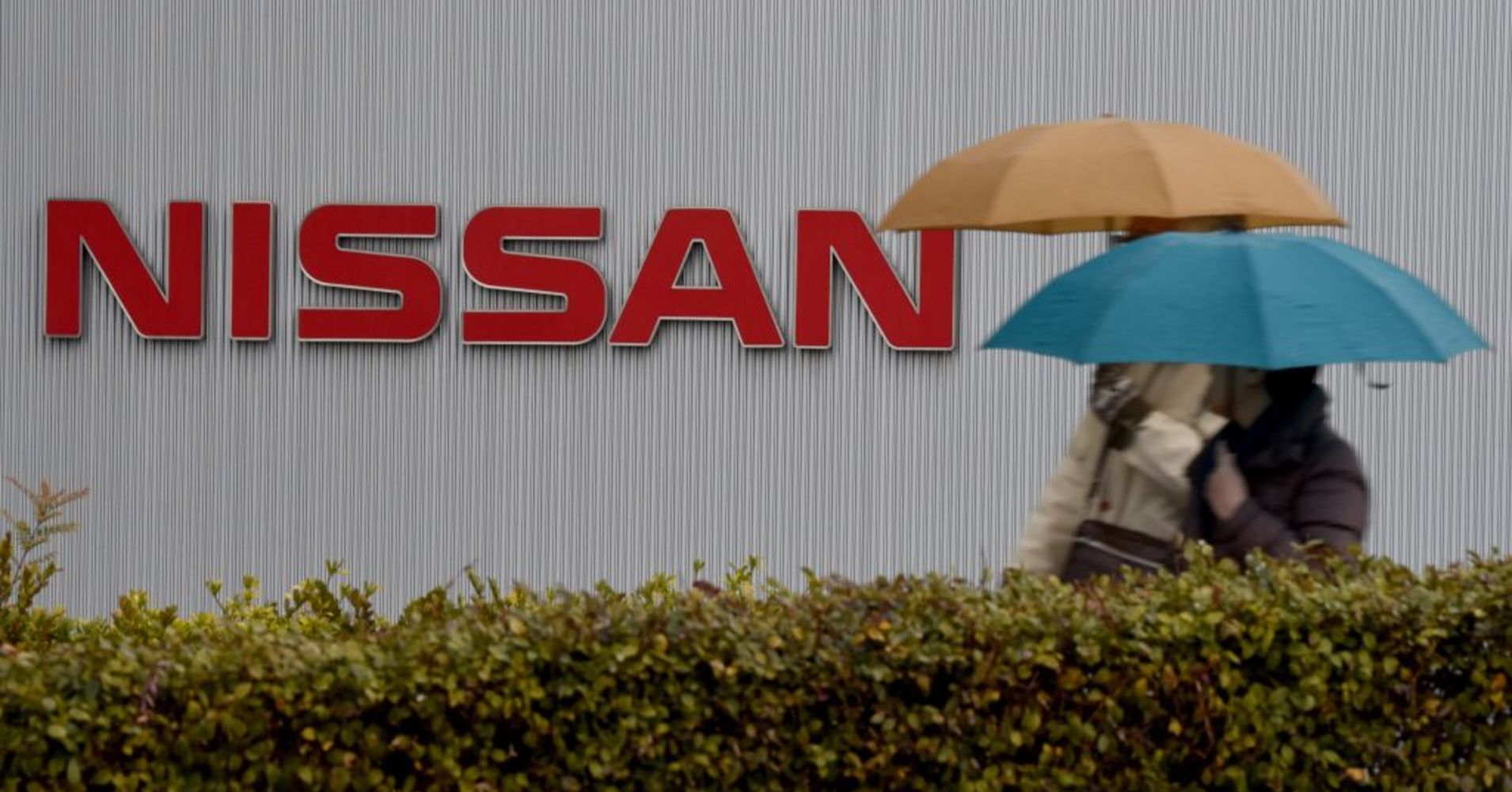 Nissan director Greg Kelly was being examined in a hospital on Wednesday, a source said, a day after he was released on bail from a Tokyo jail where his former boss Carlos Ghosn is still being detained.

Kelly, an American who was released late on Christmas Day after more than a month in detention, has been charged with conspiring to under-report Ghosn’s income. He posted bail of 70 million yen ($640,000).

Their Nov. 19 arrests jolted the global car industry and has strained Nissan’s alliance with French car maker Renault SA. Nissan’s board last month fired Ghosn as chairman and Kelly as representative director, although both men technically still remain board members who can only be removed by shareholders.

People walk past the logo of Japan’s auto giant Nissan Motor at the company’s headquarters in Yokohama, in suburban Tokyo, on February 9, 2017.

Kelly suffers from spinal stenosis, causing numbness, tingling and shooting pain in his extremities, according to a video message last week from his wife, Dee Kelly, appealing for his release. The condition compresses or pinches the spinal cord.

Those symptoms worsened during his five weeks in the Tokyo Detention Center, his wife said, citing Kelly’s lawyer.

Kelly was scheduled to have surgery on Dec. 7 in Nashville, Tennessee, but flew to Japan last month after being told that he was needed in person at a board meeting, Dee Kelly said in the video. Kelly was arrested soon after his arrival.

Under the conditions of his bail, Kelly is barred from traveling overseas and his residence must be restricted to a designated place, the Tokyo District Court said. Lawyers say that travel exceptions can be made on a case-by-case basis.

Kelly walked out of the detention center around 10:45 pm (1345 GMT) Thursday night wearing a light-colored jacket and was whisked away in a black taxi. Japanese media showed footage of Kelly entering a hospital around midnight.

After his release from detention, Kelly issued a statement through his lawyer saying he had not falsified any documents and looked forward to restoring his honour in court. “I believe my innocence will be revealed in the trial,” he said.

Kelly also said in the statement he wanted to see a doctor immediately and get the appropriate treatment or operation originally scheduled for early December.

The office of his lawyer, Yoichi Kitamura, did not respond to requests for comment.

Ghosn was re-arrested on Friday based on suspicions that around October 2008 he shifted personal trades to Nissan to make it responsible for 1.85 billion yen ($16.6 million) in appraisal losses, prosecutors said.

Prosecutors also said Ghosn had inflicted damage on Nissan by having it deposit a total of $14.7 million on four occasions between June 2009 and March 2012 into a related bank account.

Ghosn said through his lawyer that he was not guilty of the allegations, for which he has not been formally charged. He will remain in Tokyo’s main detention centre until at least Jan. 1, although prosecutors can request to extend his detention.

A Nissan spokesman said the company is not in a position to comment on the latest twist in the more-than-month-long saga.

“The company’s own investigation uncovered substantial and convincing evidence of misconduct, resulting in a unanimous board vote to dismiss Ghosn and Kelly as chairman and representative director. Our investigation is ongoing,” a spokesman said on Tuesday.

Goldman Sachs just bought a one-person startup, and it’s betting it could change the day-to-day lives of its bankers. To read more click world-news-network.com